LONDON, UK—Donald Trump has tweeted his excitement at becoming the first American President to be knighted by the Queen of England, when he visits her majesty later this week.

“They’re going to make me a knight, which is totally great, such a huge honour and you’re all going to have to call me Sir President Donald Trump, which is going to be amazing,” he tweeted upon his arrival in the UK.

The President added that it was also a “huge honor” for the UK to have such a prestigious and intelligent person accepting a knighthood. “Those guys love me over here, they really do, maybe even more than home,” he enthused.

The soon-to-be-Sir expects to travel to Buckingham Palace in the Queen’s golden carriages and will be allowed to wear the crown jewels and sit in the Queen’s chair, he claims.

“Everything is golden here, golden carriages, golden beds, golden sinks, goldens showers, they have it all,” he enthused, adding, “maybe I’ll never come back” — his most popular tweet to date. 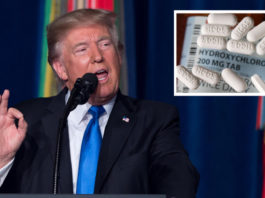 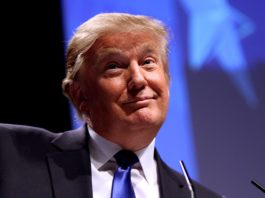