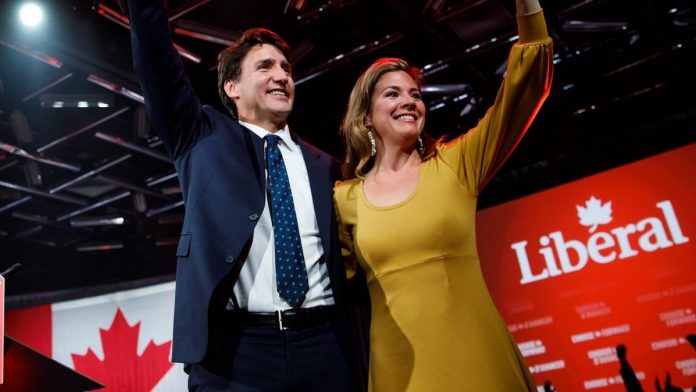 OTTAWA, ON—In what is being called a “historic night for the great white north”, Canada has elected a person of colour as Prime Minister for the first time.

Justin Trudeau will serve as Canada’s next Prime Minister after narrowly beating out the Conservative Party’s Andrew Scheer and the Bloc-Quebecois’ Yves-François Blanchet, as well as the NDP’s Jagmeet Singh who despite common misconceptions is not related to the incoming Prime Minister.

Mr. Trudeau has previous experience in the position, having served as Canada’s Prime Minister for the past 4 years. However that was before it became known of Trudeau’s past as as a person of colour at various times in high-school and college, and once again at a bachelor party in Reno.

Despite the fact that the Prime Minister is being re-elected, he is only now begin recognized as a person of colour as his ethnic background was not revealed until near the end of his re-election campaign.

As it turns out Trudeau has a richly diverse ethnic background having been part Indian, part Afro-Caribbean, part Jewish and part Muslim at varying times in his life.

In his long acceptance speech from Liberal HQ, the Prime Minister reassured white people that he will be the leader of all Canadians and not just minority and indigenous people.

Help the BSJ make news great again by following us on Facebook and Twitter, or support us on Patreon!