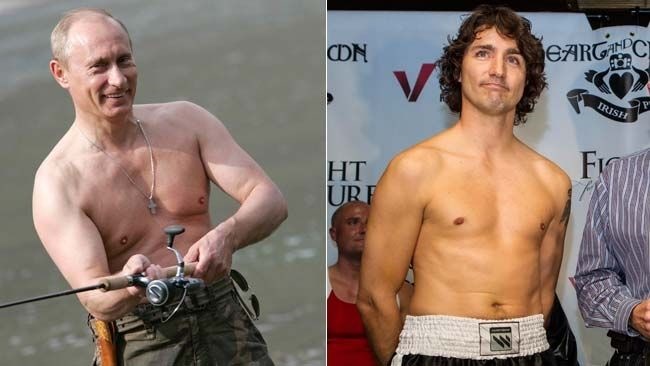 JUSTIN Trudeau has told followers he believes he could “probably take” Vladimir Putin in a fight, should the situation ever arise. The comments came up during the PM’s daily Facebook live session, when one user with a capital ‘C’ as a profile picture, commented that Trudeau was “weak” and will be “crushed by Putin”.

Trudeau’s response was typically measured. “Well you may not be aware but I actually used to be a boxer, and quite a good one at that according to my mother,” he replied. “So I think I could probably take him. Besides, I’ve been told I can throw a pretty mean elbow.”

Anticipating that perhaps some Canadians might disagree with him, he invited viewers to judge for themselves: “He has his topless pics online and I have mine. Why don’t we let the people decide, eh?”

The Prime Minister immediately suggested that a member of his staff post a side-by-side photo of himself and the Russian president so the Canadian people can vote for themselves.

“Cathy, post a couple topless pics of me and Vlad and we’ll see what’s what,” Trudeau told his assistant. “No, not that topless picture, one of the other topless pictures. No, not the one of me with that kid or photobombing that wedding. Find that boxing one, you know the one I use as my screensaver.”