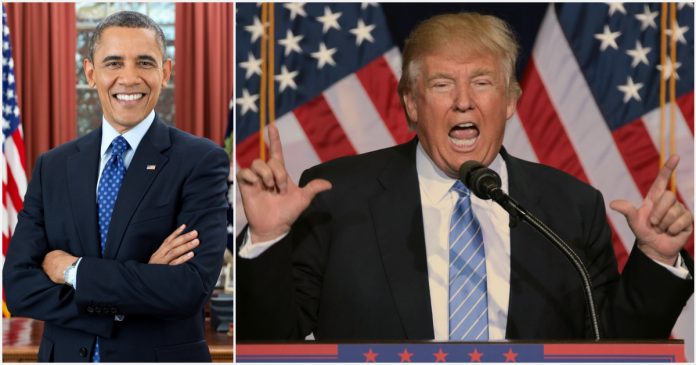 President Donald Trump has accused his predecessor Barack Obama, of using a racial slur against him on multiple occasions. The sitting U.S. President claims to have “many recordings” of Obama calling him a cracker but says he will not release them for fear of damaging the office of the presidency.

“I could release them, I could,” Trump said to cries of “release the tapes” from his supporters. “But I won’t in case it stains this office that I care for so well.”

Trump was responding to reports regarding the alleged existence of a tape of him using the “N” word when he made the extraordinary claim.

“Typical leftist media reporting that fake news but does anyone report about the totally true news of Obama calling me a cracker?” Trump asked, rhetorically. “No of course not. But the American people are smart enough to know which one is more likely.”