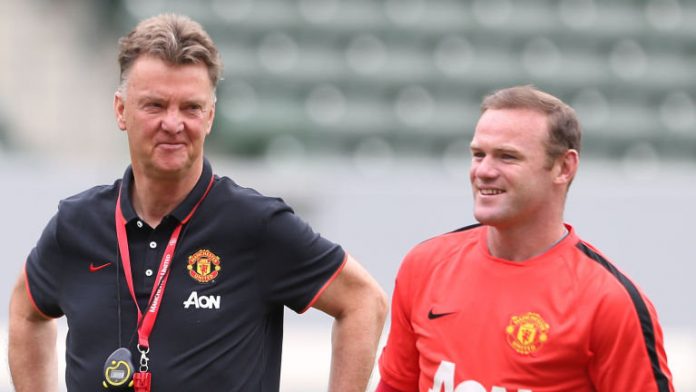 Additionally, the loss of so many experienced heads like Vidic, Scholes and Ferdinand, have left a youthful United side lacking “maturity” according to Van Gaal. “Wayne thrives in a mature environment. This is where he is comfortable and where he finds it easy to score.”

Once considered a player on the same level as his United teammate, Cristiano Ronaldo, Rooney’s stock has fallen in recent years, while Ronaldo has embarked on an unprecedented scoring run, propelling him to the very top of the game. Rooney denied he was envious of Ronaldo’s success. “No, fair play to him. Cristiano’s worked very hard on that aspect of his game and he deserves the rewards. Some people might say it’s easy to score in Spain, but not me.”

Van Gaal’s assistant, Ryan Giggs, thinks Rooney is “too much of a team player” and suggests the United captain be more “selfish” when presented with scoring opportunities. “He needs to not worry about helping his teammates as much and focus on himself. I always had a decent record, because I always tried to score at every available opportunity, even if I risked upsetting people around me.”