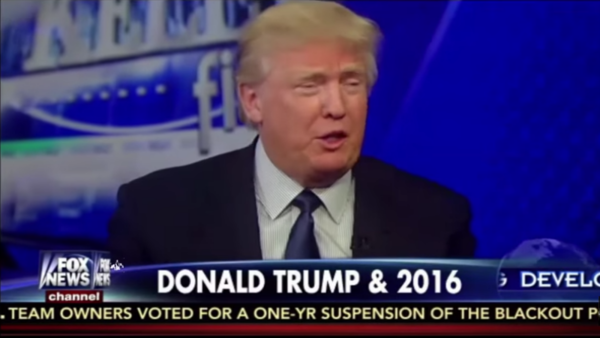 DONALD Trump has sensationally claimed that Syrian refugees are to blame for the earthquake felt in Metro Vancouver and across BC’s south coast late Tuesday night. The Republican frontrunner used the opportunity to hit back at a city, whose residents have made no secret of their opposition to Trump’s name on one of the city’s newest towers.

Speaking to FOX News, Trump claims Canada’s “revolving door” policy was to blame for the earthquake and warned that Canada should be doing more to prevent further quakes. “Canada allows loads of Syrians into the country. One week later an earthquake hits Vancouver for the first time in decades and people think it’s a coincidence? Wherever these Syrian guys go, trouble soon follows. Canada needs to kick them and all muslims out, if they don’t want things to get even worse.”

Many political commentators quickly questioned why Trump was commenting on a small earthquake in another country. His response was emphatic. “Normally I don’t give a shit about Canada and in particular Vancouver,” he told FOX. “But I have a tower there now and those guys are so close to our border, that it is a concern to all Americans. The Trump scientific research department is currently exploring how a wall between the two countries might protect America from future Canadian earthquakes.”

Trump continued, labelling Canada’s current refugee policy as “dangerous” and “selfish”. “For once in their miserable lives, can Canadians think of someone else besides themselves? Their ridiculous refugee system is putting the U.S. at risk too. How can I make America great again if these wannabe-Americans keep pissing off the Lord Jesus Christ by bringing in Syrians. Have any of them even read the bible? It explicitly mentions this exact scenario.”