Home NEWS Donald Trump Withdraws from 2016 Presidential Race: “Now is not the right... 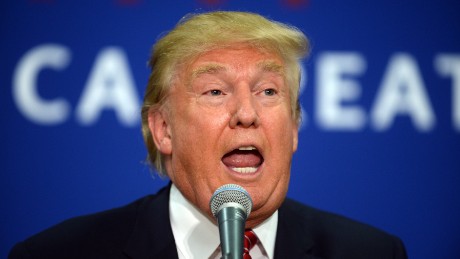 Donald Trump has sensationally withdrawn from the 2016 Presidential race, saying that he will not seek the Republican nomination. The business mogul had been the clear frontrunner in the GOP race, despite Ben Carson’s recent strong numbers.

Trump’s campaign appeared to be going from strength to strength, until an endorsement from Cher sent his approval rating plummeting to 17.5%, in just 24 hours. Trump refused to blame the singer, and cited “boredom” as his main reason for withdrawing from the race. “Listen, I really enjoyed getting out there. You know, meeting hard-working Americans, detailing my construction plans and visiting rape crisis prevention centres in LA’s Eastside,” he told Fox News. “But now that I have a chance at winning, it’s not as exciting. I mean, people actually expect me to build a wall with Mexico.”

The reserved billionaire decided the time was right to announce his withdrawal from the presidential race: “I think we all know that I am the future president of the United States,” he told a feverish Iowa crowd. “But now is not the right time. In 2008, I toyed with the idea of becoming president. In 2012, I seriously flirted with it. In 2016, I’ve definitely taken the idea out for dinner, possibly had sex with it, but I’m not quite ready to marry it just yet.”

He appeared to be signalling his attempt to run seriously in 2020, an idea supported by Hillary Clinton. “I think running alongside Mr. West and Miss. Lohan might be more Donald’s level.”

The news leaves “our Obama” Ben Carson, as the clear frontrunner for the Republican nominee, but Trump’s departure will likely result in all candidates’ numbers rising. Jeb Bush was particularly delighted: “Finally, someone in this family catches a break.”