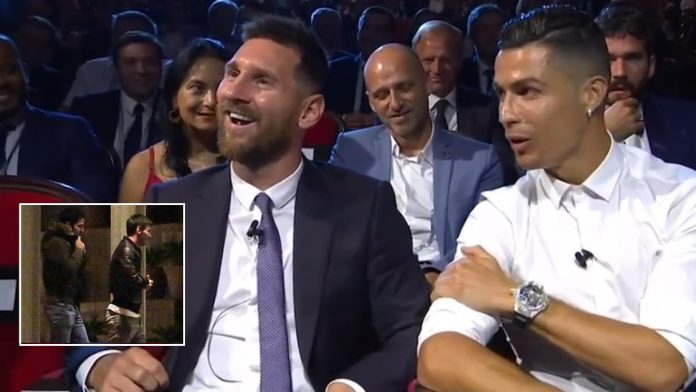 MONACO — Cristiano Ronaldo and Lionel Messi appear to have finally got that dinner together after the pair were spotted leaving a McDonalds in the early hours of Friday morning.

The world’s two great players were both in Monte Carlo for the Champions League draw and were seen by several bystanders sneaking out of the fast-food restaurant, sparking rumours that they were ashamed of being seen together at a McDonalds.

One eye-witness told BSF that the pair were actually just trying to leave the take-away without Eric Cantona seeing them.

“The boys were laughing together and having a great time,” one eyewitness told BSF, “but Eric just kept talking about wonton soup or something.”

After leaving, Messi reportedly asked Ronaldo why he hadn’t eaten anything to which Cristiano responded by ripping of his shirt and repeatedly glancing at his chest. “This is why, Leo. You see? You see?”

“Ci, ci, I see,” Messi replied, rolling his eyes. “Can you please just put your shirt back on?”

An hour later Cantona was seen screaming at Ronaldo, still posing topless in the car park, to “be careful” because he was “not yet immortal”.