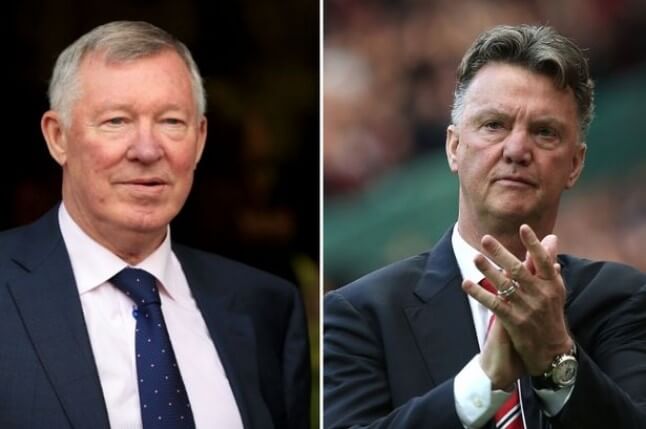 Former Manchester United manager SIR ALEX FERGUSON has sensationally told United club officials that he would like to return to manage the club after a conversation with former Tonight Show host Jay Leno.  Manchester United owner Joel Glazer moved quickly to relieve Louis Van Gaal of his duties and thank him for his service to the club.

Van Gaal was accepting of the decision; “I leave United with my head held high. I managed to get Young and Fellaini to play well. I should be knighted.”

Ferguson’s main motivation to return was largely influenced by a longing to drop Wayne Rooney and resign Portuguese superstar Bebe. Roy Keane will also return to United to serve as Sir Alex’s assistant once he has served his 6 month football ban for assaulting a referee at an Ireland U13s girls match. The rest of United’s new look backroom staff will include ex legends David Bellion, Luke Chadwick and Anderson.

Ferguson admitted Leno had convinced the former Old Trafford legend to return to management after Leno stated “taking the Tonight Show back from that ginger idiot was the best thing I’ve ever done.” Leno was referring to his famous change of mind after leaving US chat show The Tonight Show which famously lead to Conan O’Brien being sacked. Ferguson (73) and Leno (64), both recently appointed Harvard lecturers, have grown very close in the past few months Ferguson revealed.

United chairman Joel Glazer told reporters outside his local Salford take away: “This story means a lot more money for Man United and more importantly a lot more money to keep our father (the late Malcom Glazer) in the cryogenic freezer. Wait. Is this thing on?”

Ferguson has revealed that his first act upon returning to the Old Trafford hot seat will be to reintroduce the media ban on the BBC after they sacked Ferguson’s and Leno’s mutual idol Jeremy Clarkson. Louis Van Gaal has decided to retire from football and has accepted a role as Conan O’Brien’s assistant on the Conan chat show.