Home CANADIAN NEWS YVR Outlet Mall under fire for its “Finally a Reason to Visit... 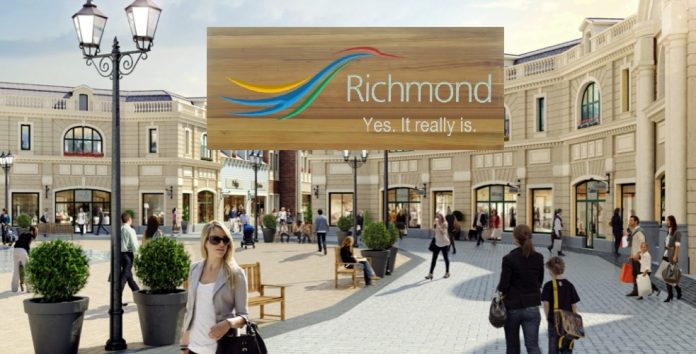 The McArthurGlen Outlet mall in Richmond, BC, has come under fire for a controversial new ad campaign. The “Finally a reason to visit Richmond” ad, which is to be displayed on all Translink busses in the municipalities surrounding Richmond, aims to increase awareness of the new 100-store retail development.

The controversy is the latest in a series of PR missteps since the mall’s opening in July. Even prior to the opening, the McArthurGlen Group irked Richmond residents by running a series of adverts, showing pictures of the complex while proclaiming: “Yes. This really is Richmond.”

Despite this, the mall’s phenomenal success has been finely illustrated, by it becoming Richmond’s number 1 tourist destination on Trip Advisor, replacing YVR Airport. However, locals have complained about the lack of an “authentic Richmond feeling” in the outlet mall, primarily due to the street signs being in English.

In its opening weeks, some Vancouverites were put off by the severe lack of Starbucks in the complex. In response, McArthurGlen narrowed their ‘Retail store:Starbucks’ ratio, from 4:1 to 1:1. “Each retail outlet will now designate 40% of it’s floor space to an in-store Starbucks,” said McArthurGlen CEO, Glen McArthur. “But we want to reassure consumers, that we’ll also have a 5,000 ft2 Cafe Artigiano, as well as a JJ Bean, Waves, Blenz, and Sedins’ Coffee on every street corner.”

Similarly, a young Kitsilano mother scored the outlet mall 1 star on Yelp! after she discovered it was almost 20km to the nearest Whole Foods. McArthur responded by saying: “We strongly consider every suggestion made by our customers, especially if they’re wealthy.”

Nowadays, the complex receives universal praise by the majority of Vancouver residents, who cite its location as a huge benefit over New Westminster’s Outlet mall. “New West is lovely and quaint, but its mall is just too close to Surrey for my liking,” said one West Vancouver resident.

The advertisement will be displayed in all municipalities in the Lower Mainland aside from Richmond itself, and Surrey. In Surrey, the ad has been altered to read: “Did you know there is an airport in Abbotsford?”