The U.S. State Department will this week seek to outlaw the “access, use and reproduction” of 3D-printed straws in a hope to end the straw epidemic that has rocked the United States.

An executive order signed by the American President this morning will see an immediate ban on the 3D-printing of plastic straws with a minimum jail term of 15 years for offenders.

As cities and states across America move to prohibit plastic straws from being used, many have rightly feared that individuals will still be able to download blueprints for 3D-printed straws and use them at will. Furthermore experts warned that none of these downloadable straws would contain any form of tracking numbers as is the case with traditional straws.

However to mitigate this potential disaster the U.S. government has vowed to take “strong action” against anyone caught in possession of schematics for any form of small cylindrical plastic tube.

Second amendment supporters have campaigned against the 3D straw ban, warning it could have serious ramifications for gun owners, as straws bear more than a passing resemblance to many high-powered 3D-printed guns. They have suggested that the home downloading and printing of several high-caliber single shot handguns, such as the Desert Eagle, could be affected under the current government proposals.

However in an effort to appease gun advocates, a last-minute amendment is expected to be added that will see a special exemption for gun owners, who will be free to download straw shaped parts for their homemade weapons.

The President said the move was in the spirit of the bipartisanship that has so far been the hallmark of his presidency. 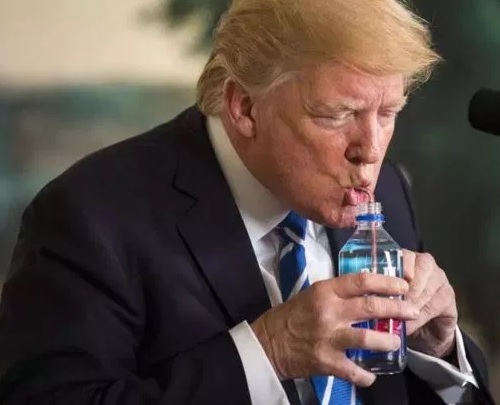 “This is something the Democrats feel very passionate about for some reason, so I’m happy to let them have this one and ban those plastic tube things, which I never liked anyway. And on my side, the good guys, we get to keep our guns, which is so so important to protect us from all the straws.” – Donald Trump