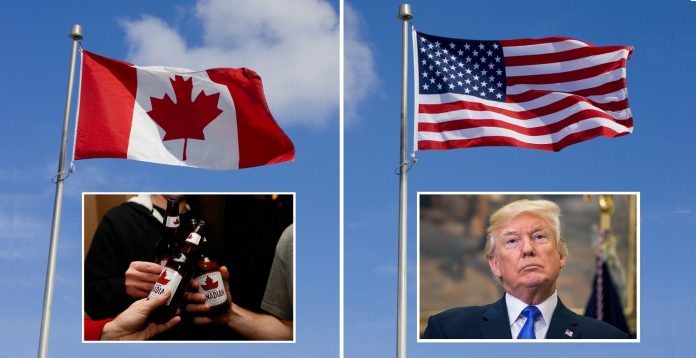 IN what is being described as a major break from tradition, Canadians across the globe are embracing and celebrating American Thanksgiving this year, specifically giving thanks they’re not American.

For the first time ever, despite celebrating their own Thanksgiving only 6 short weeks ago, citizens of the great White North are coming together with family and friends to give thanks they’re not presently residing in the United States.

“When you see what’s going on down there, specifically in the past 206 days, it really just puts things into perspective,” one Canadian woman posted on facebook. “Makes you want to grab your loved ones close and thank God none of you are American.”

Another man who described himself as a “proud Canadian”, today admitted he was celebrating an American holiday for the first time.

CBC News interviewed one local Calgary family, the Roberts, who were busy going around the dinner table, each giving a reason why they’re thankful to not be from the USA.

“Abortion, gun control, oh, oh, Trump, Spacey, Harvey Weinstein!” declared the youngest child. “Oh, those are good ones,” Mrs Roberts replied, reminding the children of the importance of understanding exactly why to be so thankful they’re not part of the 50 states.

The Roberts’ eldest daughter, explained some of the differences between the two countries she’s most thankful for, saying:

“You know it’s the little things. Like when I go to the mall or to school in Canada I’m like a lot less likely to be killed by an assault rifle than if I were in the States, so I’m thankful for that I guess… And you know, healthcare has its uses i suppose.”

Meanwhile in a televised address, Prime Minister Trudeau stopped short of declaring the day an official Canadian holiday but reminded Canadians to remember those less fortunate.

“Today, let us all come together and remember that no matter what I’m doing, it could be worse,” the PM said in the House of Commons. “All Canadians should give thanks we didn’t have to choose between Clinton or Trump. Not every country is so lucky to have such amazing politicians as Canada.”