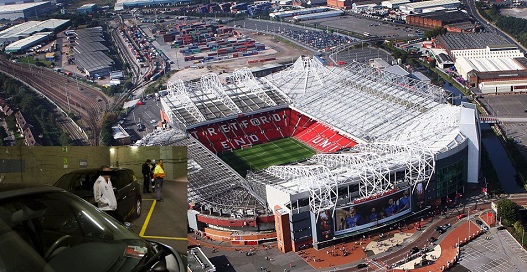 GREATER Manchester Police have confirmed they are NOT treating an individual, seen circling Old Trafford for almost 4 weeks, as “suspicious”.

The 52-year-old man was first spotted at United’s staff car park on December 17th. By identifying himself as an incoming member of staff, security were not initially suspicious. However they began to doubt the man’s claims after his vehicle was spotted indicating behind Louis Van Gaal’s car, for 6 hours.

Telling staff that he was “special” and that he was going to be the new manager of Manchester United, staff quickly grew fond of the man. Particularly after he told them a heartbreaking story about how he had missed Christmas and New Years with his family. Having recently lost his job in London for a second time, he had travelled to Manchester after hearing about a potential job opening, only to find it unavailable.

Old Trafford staff have described the man as “being of Latin origins, middle-aged” and say he prominently wears a dark overcoat. He also claims himself and his family have been forced to live in numerous countries over the past 10 years, as the man struggled to hold down a full-time position through circumstances he claims were, “always” beyond his control.

Described by the Daily Mail as an “immigrant jobless-drifter”, the man has become somewhat of a fan-favorite by United supporters due to his charming personality and general likability. Some fans have created commemorative scarves for their new hero and his name has even been chanted during Manchester United games this season.

While police say the man is harmless, he has been warned on numerous occasions after he was reported to be aggressively questioning Manchester United’s medical staff about their roles at the club. He has also been cautioned for repeatedly attempting to remove Juan Mata’s name from the Spaniard’s parking space.