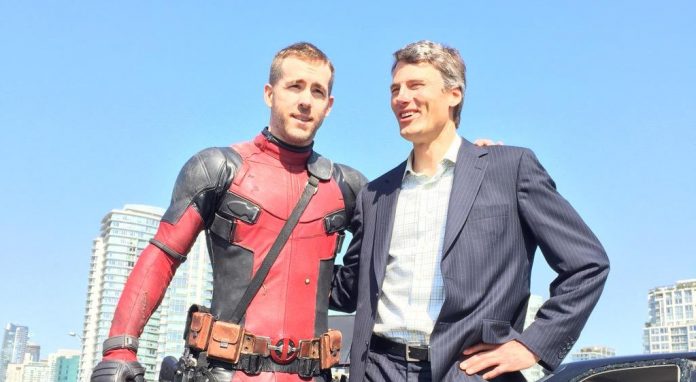 HOLLYWOOD superstar Ryan Reynolds is set to receive his greatest honour yet, as the City of Vancouver have announced a new statute is to be built in the actor’s likeness. Award winning Irish sculptor, Adam Byrne, has been commissioned to create the piece, which is expected to be completed in 2017. Vancouver’s mayor says the “reward” is fully justified following the actor’s recent success with launching the Deadpool franchise.

The latest Marvel superhero entry was filmed predominantly in Vancouver, providing countless jobs and bringing in almost $7 million to the local economy and two weeks of traffic jams.

The film has smashed box office records putting Vancouver on the global stage and the City of Vancouver is determined to honour, in the words of mayor Gregor Robertson, “our city’s biggest hero”.

“I think Ryan is a great ambassador to our city,” the mayor claimed. “It just goes to show what an average, everyday Vancouverite can accomplish in life if they apply themselves, and look like Ryan Reynolds. Finally the people of Vancouver have someone other than Hayden Christensen to look up to.”

Earlier this week the mayor of Regina dismissed plans to erect a statue in honour of Deadpool, the hyper-violent comic book character who claims to come from Saskatchewan’s capital city. However Vancouver’s mayor Gregor Robertson states that things are done a “little different” on the West Coast. “We know that Regina won’t build a Deadpool statue but that’s because it’s a boring city,” Robertson told reporters. “Here in the capital of fun, Vancouver, we like to build things without really thinking about it. We’re just fun like that.”

The location for the statue is unknown but speculation is rife that the Steam Clock might be moved to accommodate the new 6ft 2in monument. A petition on change.org garnered over 3 signatures when launched yesterday. Today the petition was updated to include the replacement of the Steam Clock, receiving 300,000 signatures in under an hour.

The statue design will be unveiled by Robertson next month at a ceremony that will also feature Reynolds presented with the Key of the City. The ceremony is set to take place outside BC Place on March 31st. RCMP are advising motorists that the Georgia Viaduct will be shut down for a week as a result.