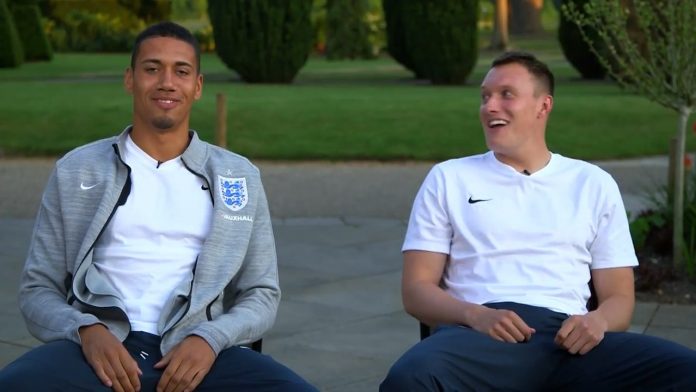 MANCHESTER — On his first day back in training since Chris Smalling’s move to Roma, Phil Jones was overheard whispering “and I’m Phil Jones” to the empty spot where Smalling used to sit.

Forced to drive himself to work for the first time in 8 years, Jones reportedly stopped at Smalling’s empty house for several minutes before continuing on to Carrington.

According to teammates, once in training the former Blackburn defender was unable to focus and spent the majority of the day staring longingly at Smalling’s number 12 shirt in the dressing room.

“Does anyone else want this?” Jones asked loudly at the end of the day to the sound of total silence.

“Why don’t you take it Phil?” Solskjaer eventually said, handing the jersey to Jones. “It’ll be nice for you to have something to hold onto this season.”

One the drive home, the 27-year-old former England international apparently kept checking his phone to see if any of his 47 messages to Smalling had been seen yet.