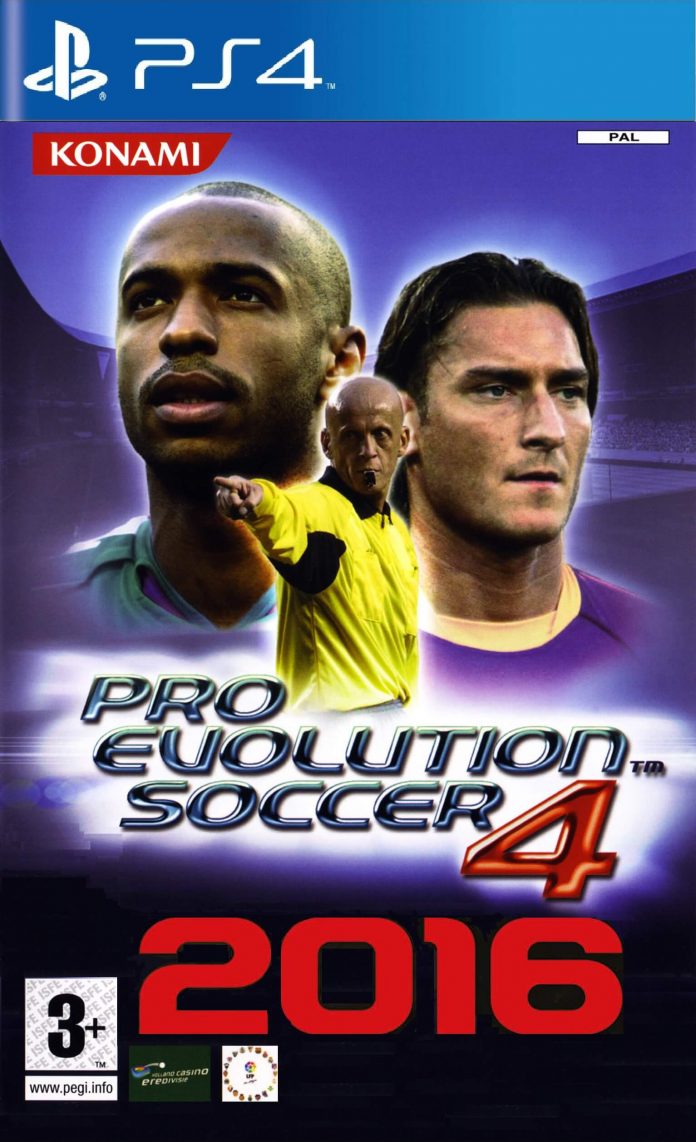 Konami, the game developers behind the once popular Pro Evolution Soccer (PES) series have announced plans to reboot the failing series after getting encouragement from FIFA 16’s new cover star, Jordan Henderson.  “We were just about to close up the PES offices. Jerry had just covered the entire office, including over 3 million copies of PES 2014, in petrol when we saw FIFA’s new cover. We thought to ourselves: ‘maybe we have a chance here’ ” Konami president, Nomo Suki, lashed out at EA: “How arrogant do you have to be to have Henderson on the cover. We have Collina but you don’t hear us banging on about it.”

Once upon a time, Pro Evo was a mainstay, continually outperforming FIFA, but Konami admits they got lazy and egotistical. “Pro Evo 4 was our Mona Lisa.” Suki said. “We thought all we needed to do was update the players and stick Adriano or Henry on the cover. Initially this formula proved successful, until 2008, when one studio exec suggested replacing Adriano and putting Michael Owen on the front cover instead. “This was a turning point for us” said designer Emmet Greene, “as is true with almost everything Michael Owen touches; it was the beginning of the end. We thought we were invincible.” That was the last copy of PES ever sold and as is tradition with issues regarding Owen in Japan, the studio exec committed suicide by samurai sword.

Michael Owen will however co-commentate on the game. Konami have warned gamers of the dangers of excessive playing, saying that “While we understand that most gamers experience some form of aggression towards Michael Owen, we do recommend that users take regular breaks from playing and should have the sound muted at all times.” The games age rating has also been changed to ‘Mature’ and the following disclaimer added:

“Michael Owen’s voice is meant for a mature audience only. Please do not listen to his voice if you suffer from depression, chronic fatigue or epilepsy . Please contact a doctor if you are unable to maintain an erection within 5 hours of playing PES 4 2016.”

Game developers have taken the odd step of not updating the game to include current players and teams. Fans have been telling us for years to go back to our roots. Well we half listened to those fans,  and come up with the idea to bring back PES 4.” The game will be an exact port of the PS2 version and Konami have confirmed that the game will NOT be updated to represent current squads.

Despite “fat ‘fat Ronaldo’ “, Andrei Shevchenko and Obafemi Martins’ ‘god like’ Pro Evo 4 reputations and having all succeeded to live up to theses reputations with long successful careers in real life, they will not grace the cover as they did not appear on
the original PES 4 cover. Instead this honour will be given to the original trio. The studio had mixed emotions: “We want to appease the fans and pay homage to the original but what the fuck were we thinking with Pierluigi Collina”. Thierry Henry will be replaced by Clinton Morrison in all Irish copies of the game.

Sheffield Wednesday to be renamed after new evidence confirms club was founded a day earlier, than previously thought. #SWFC #STFC