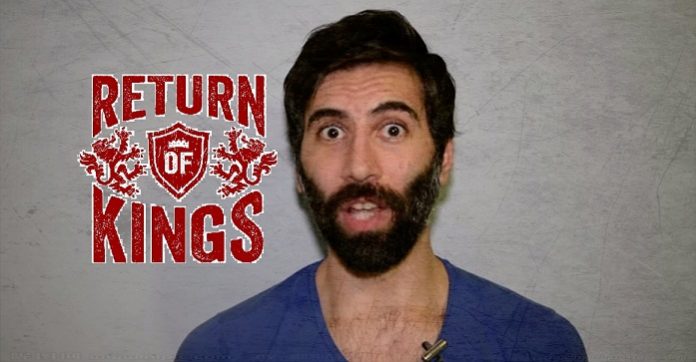 THE NEWS that rapists up and down North America were dreading has arrived, with Roosh V confirming that the worldwide pro-rape rallies planned for February 6th have been cancelled due to “scheduling difficulties”. While he acknowledged the understandable disappointment amongst his Return of Kings followers, he claims circumstances were “for once” out of his control.

Born Daryush Valizadeh, “Roosh V” later changed his name in college, after telling friends he wanted something “a little more rapey-sounding”. He went on to found the website Return of Kings, which have since advocated against “female privilege” and for taking away voting rights for women. They also maintain men should be allowed to rape women “within the strict confines” of a man’s bedroom.

“What I do in my own home is my business and cannot be in violation of the law” he says, in the website’s welcome video. “And If I want to go out, stalk a woman for hours before picking her up, drugging her and dragging her back to my house, am I really breaking any law?”

Unfortunately, his teachings will fall on deaf ears this Saturday after the group faced a surprising backlash from the general public after organizing a series of pro-rape rallies.

The not-at-all-cult leader, insists the cancellation is not a reaction to the widespread public outcry. “No it has nothing to do with that,” he told FM News. “It’s just that all 3,519 of our members forgot they already have other plans for Saturday.” Before adding: “We’re so forgetful like that. What are we, women?”

However after a meeting with members, Roosh released a statement directly addressing protesters and members alike:

“To all law enforcement agencies, protestors, and most importantly women, please note:

All Return of Kings’ rape advocacy rallies have been cancelled and are definitely NOT still going ahead. You win, we can see the error of our ways.

To all ‘Return of Kings’ members:

Operation Trojan Horse is a go.”

Despite the setback, the blogger insists he will continue to spread the “message of rape advocacy” across the world, seeing it as his “mission”: “The world deserves a better class of rapist, and I’m gonna give it to them. Whether they like it or…”