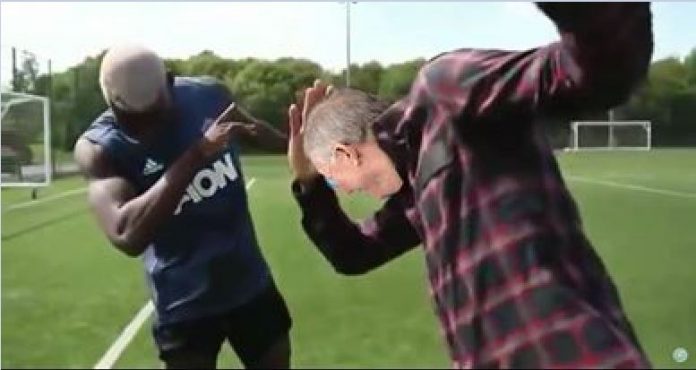 Sir Alex Ferguson and Paul Pogba appear to have ended their long-running feud as the pair were spotted performing the Frenchman’s trademark celebration at Carrington yesterday.

The 74-year-old is said to have approached Pogba as the United player left the pitch after training. The £89 million signing appeared reluctant to speak to his former boss at first, ignoring him as he trotted off. However as a jealous Jesse Lingard looked on, Sir Alex suddenly bent his arm and placed his head in his elbow. As he extended his left arm high in the air, Pogba appeared close to tears upon and responded by dabbing him back. As the pair froze in their positions, the first team squad gathered around them, applauding and cheering, as Lingard sulked off.

Even Sir Bobby Charlton was seen getting in on the act as he dabbed with Jose Mourinho, who openly wept before embracing the World Cup winner.

Looking to mend more relationships, Fergie was later seen performing Wayne Rooney’s customary boxing celebration, knocking out the United captain before kicking him repeatedly in the head. Rooney will miss up to a month out, requiring 17 stitches, 6 new teeth and another hair transplant.