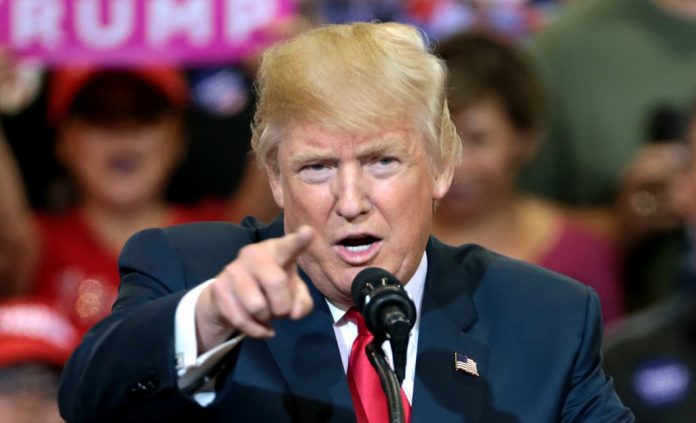 Since Donald J. Trump proclaimed himself a “stable genius”, many in the media have openly mocked him, but now some of the world’s leading psychologists and neurologists have uncovered some surprising characteristics of a stable genius that just may support the American President’s claims after all.

An individual with superior intellect often possess incredible creativity, particularly when it comes to naming things. However according to leading research a true genius is someone who thinks entirely outside the box, such as naming things after something unexpected like their own last name, or calling their offspring after their own first name. Also the repeated use of the same name in branding and marketing is also the sign of someone with a wide range of vocabulary.

4.  You always take others’ advice, regardless of what it is or who it’s coming from.

Stable geniuses set themselves apart from your everyday run-of-the-mill geniuses by always being willing to take outside advice from anyone, regardless of the individual’s personal beliefs or ulterior motives, especially when it comes to leaders of other superpowers. You’re quick to see the value of a diverse range of opinions from neo- nazis to white supremacists to child molesters, but you’re also the kind of stable genius who understands the value of agreeing with whoever spoke last and/or loudest.

3.  You have the ability to watch multiple televisions at the same time, and insist on doing so.

Another extensive report from cable channel Fox News revealed that scientists are now convinced that watching multiple televisions or screens at the same time while absorbing all the relevant information is a sign of someone with superhuman cognitive abilities. As of yet, noted neurologists claim it is a skill only found in leaders of the free world and security camera watchmen.

2. You only antagonize unstable foreign dictators.

This one is very important, as antagonizing leaders of other world nations is NOT considered the hallmark of stable geniuses. However, by picking on an extremely unstable leader, preferably of some foreign nuclear power or other, you display a quiet confidence of your undoubted mental strength over other less ingenious, less dangerous leaders. In short, asserting your dominance over an unstable idiot is by far the best way to prove you are the opposite.

1. You tweet about how much of a stable genius you are.

Yes it sounds obvious but scientists insist that the number one sign that you are a stable genius is to tweet about how much of a stable genius you are. “This goes back to Einstein’s time,” Dr. Rita Bernstein, president of the American Psychological Association, explained. “Albert was known to run through the town at night around 3am, screaming about how much of a genius he was, matched only by his finely balanced mental state.” Indeed, as the great Stephen Hawking famously once said, “people who boast about their I.Q. are geniuses”.