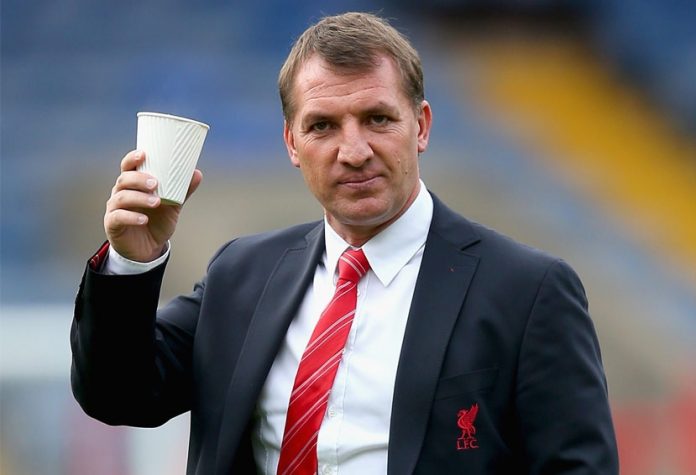 Following on from our look at Jack Grealish’s future, now we turn our attention towards Brendan Rodgers. Here is the next 10 years… for Brendan Rodgers…

Decides to take some time away from management in order to focus on “other opportunities”. Makes a series of appearances as a pundit on Soccer Saturday, Football Focus, etc. Says under pressure managers deserve “more time” and bemoans knee jerk reactions from owners: “These days managers aren’t given a proper chance by a club. I was only given 3 years at Liverpool and £300 million. What did they expect?”

Refuses to declare interest in Villa job: “Aston Villa already have a manager, so I’m not going to comment on what a great club Villa is or how it’s a shame a club with the most amazing fans in the world aren’t performing better. I’m sure Tim will work out how to get the best out of those top top players.”

Appointed technical director of Aston Villa. Says he “fully supports” Tim Sherwood as manager and states his ambition to help Sherwood “in any way I can.”

A young but inexperienced Villa side, spiritedly lose 3-4 at home to Man City. A visibly displeased Rodgers looks on from the director’s box.

Rodgers gives Sherwood a “vote of confidence” saying the manager is “without a doubt” the right man for the job.

Sacks Tim Sherwood as manager and puts in place a committee to bring the “right manager”. Repeatedly denies interest in managing club himself.

After an exhaustive 3 day search, Rodgers appoints himself as manager on a 4-year-deal. Rodgers: “I have all the characteristics I was looking for. I think I’ll be a great appointment. My experience of finishing 2nd with Liverpool was a key factor in my decision.”

Rodgers’ Villa side end a 10-game losing streak by beating Liverpool 1-0 at Anfield. Rodgers celebrates winning goal by knee sliding in front of the Kop. Says this result “makes up” for losing streak.

Continues policy of only signing players from Liverpool, Swansea and Southampton.

Signs Mario Balotelli from Liverpool for £23 million on a 5 year deal. FSG thanks Rodgers, saying “this is the biggest impact Brendan has ever made at Liverpool. We’d like to thank him from the bottom of our heart.”

Randy Lerner puts a transfer committee in place to “assist the manager”.

Rodgers resigns as manager, saying: “I’ve been down this road before. I’d rather jump than be pushed.” Lerner dissolves transfer committee.

Announces decision to “take a break” from the game to recharge.

After a year out of the game, Rodgers accepts manager’s job at League 1 side Swindon Town, linking up with his son, Anton. Vow’s to create “another Swansea” and guarantees club will be in the Premier League in 3 years.

Resigns as manager after Swindon’s board refuse to offer his son a new £80,000-a-week deal. Brendan says the club “lacked vision”.

Appears on the cover of Football Manager 2019. Face is not used.

Blanked by Sir Alex at PFA Awards. Arsene Wenger is only manager to speak to Rodgers. Wenger is overheard saying: “Of course I remember you, Brian. Can I get a gin and tonic, please?”

9 years after being sacked by Liverpool, Rodgers says he has finally accepted the decision.

Releases a self financed documentary about the “Great Liverpool side of 2013/14” entitled “Great Characters: Probably the best side to ever finish 2nd in the Premier League.”

Becomes a panelist for RTE Soccer replacing the recently incarcerated Eamon Dunphy. Described by RTE as “one of the first managers to have ever managed Raheem Sterling”.